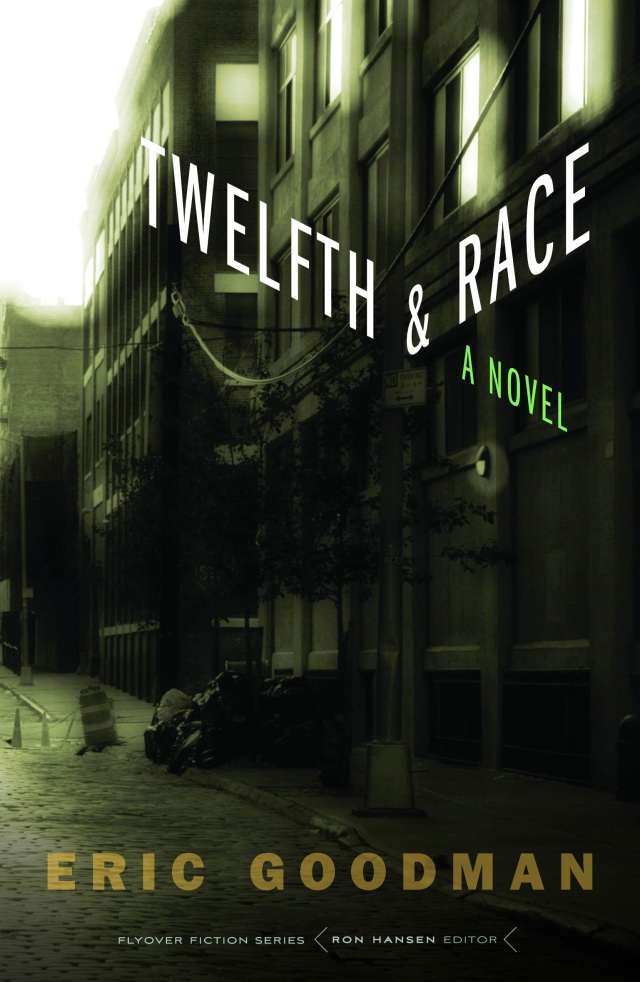 Twelfth and Race was published on March 1, 2012 by the University of Nebraska Press, as part of the prestigious literary series, Flyover Fiction.

Read about Twelfth and Race on the

Order the book from:

Eric chatted with Shelagh Shapiro on Sept. 21, 2012 on Burlington, Vermont’s

Praise for Twelfth and Race:

“In his timely new novel, Twelfth and Race, Eric Goodman brilliantly dramatizes the complex workings of the skin-game in our supposedly ‘post-racial’ America. His richly drawn characters, black and white, male and female, are conflicted beings, who strive to make a way in a dark, narrow world where few ways are possible. Read and see what they see, read and feel what they feel. This is fiction at its best, prose that touches, prose that asks us to think more about who we are, that demands that we be more than we are. A significant achievement.”

—Jeffery Renard Allen, author of Rails Under My Back and Holding Pattern

—Josip Novakovich, author of April Fool’s Day and Salvation and Other Disasters

“Set in a racially divided city, the narrative—with its many surprising twists and turns—weaves through the difficult terrain of interracial romance between flawed but lovable characters trying to make sense of the jigsaw puzzle of their lives. I know of no other writer who has put all the race cards on the table with such honesty and humanity. Twelfth and Race may very well be a first of its kind.”