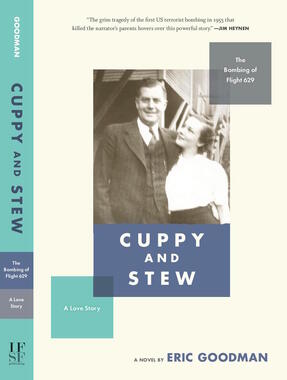 In November, 1955, a young man in Denver, Colorado, hid twenty-five sticks of dynamite and a crude timer in his mother’s suitcase. In what the FBI would term the first example of American air piracy, United Flight 629 blew up twelve minutes after taking off, killing everyone aboard. Part historical novel, part memoir, Cuppy and Stew tells one family’s story before and after the bomb went off.  Narrated by a young girl whose parents died on Flight 629, Cuppy and Stew evokes the not-so-innocent 1950’s, and the struggles of Cuppy and Stew’s daughters to survive their parents’ deaths.  Prize-winning novelist Eric Goodman’s sixth novel is not only his most moving but also his most personal. His wife’s parents perished on United 629.

Visit the Press & Upcoming Events page for details on book tour events for Cuppy & Stew in 2020.

Cuppy & Stew can be purchased at the links below. 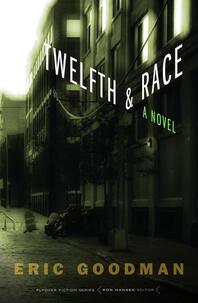 Life takes a strange turn when Richard Allan Gordon, thirty years old and as white as they come, discovers that, as a result of identity theft, five-year-old Jada Reece Gordon bears his name. The product of a middle-class Jewish upbringing, Richie finds himself completely in love and lust with Jada's mother, LaTisha, a twenty-five-year-old African American nursing student, and longs to be a father to her child.

​Richie and LaTisha's story takes place at the intersection of love, race, and identity, as the couple is forced to examine their relationship in light of a terrible event that takes the life of a young black father and catapults their midwestern city into chaos. As riots erupt around them and Richie discovers a secret about his own past that challenges his long-held ideas, he and LaTisha must come to grips with the forces that threaten to tear their relationship apart. A novel that doesn't shy away from the racism that dwells within the unexamined hearts of so many Americans, Twelfth and Race may shock or outrage some readers, yet its story is ultimately timely, honest, and hopeful.

Twelfth & Race can be purchased at the links below. 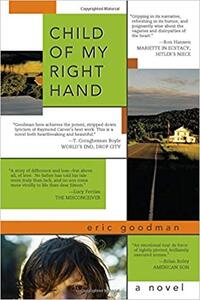 Child of My Right Hand
Sourcebooks, 2004
Awards: Silver Book of the Year Award in 2004 for Best Gay/Lesbian Fiction from Foreward Magazine.

The stunning novel from acclaimed author Eric Goodman is the story of a middle class family: college professors Jack and Genna Barish and their two children, fourteen-year-old Lizzy and seventeen-year-old Simon. The four have just moved to Tipton, Ohio, a small town divided by bigotry and class tensions, when Simon announces to his family, and eventually to the town, what his parents have long suspected--that he is gay.
As Jack and Genna struggle to deal with their son's sexuality, his oppressive, ever-present teenage angst and the conflicts that are raised within their marriage, the complex dynamics of a family unfold: love, doubt, betrayal, and sympathy--all strikingly caught by the author. Equally vivid are the Tipton residents' spectrum of reactions to Simon, ranging from open acceptance to acts of violent rage. This is a beautifully written and complex work of fiction.

Child of My Right Hand can be purchased at the link below.
purchase 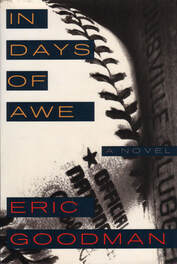 In Days of Awe
​Knopf, 1991
​
During the Days of Awe, which fall between Rosh Hashanah and Yom Kippur, Jews ask forgiveness from those they've sinned against. Nearly everyone in Goodman's immensely appealing third novel  wants forgiveness, including Joe Singer: "born to a boy's adventure tale, he'd landed ass-up in tragedy.''
​- Publishers Weekly

In Days of Awe can be purchased at the link below. ​
Purchase 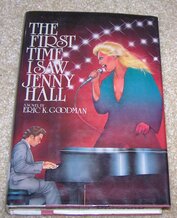 Reviews for The First Time I Saw Jenny Hall
“Eric K. Goodman is an extraordinary writer who has an extensive musical background, both classical and popular. He has traveled with groups and bands and as a result of his experience, he probably knows more about the whole rock scene than anybody else—and writes about it more effectively than anything I have read in the last fifteen years.”
-John Hammond, the legendary rock impresario who signed both Dylan and Springsteen to Columbia Records.

The First Time I Saw Jenny Hall can be purchased at the link below.
Purchase 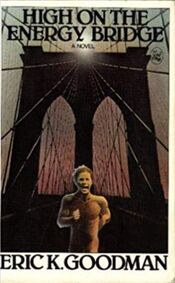 “Credit Goodman with high marks for originality and a vivacious imagination in his quirky first novel…a zany screwball comedy with Humphrey and Susan as very appealing characters.”

High on the Energy Bridge can be purchased at the link below.
Purchase